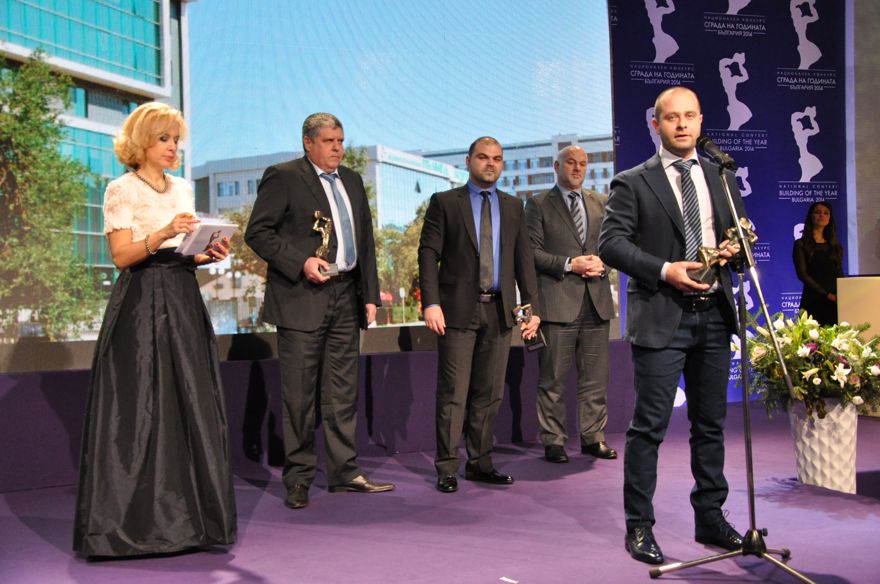 Pulmed Hospital in Plovdiv won the prestigious award “Building of the Year” 2014. The medical institution was awarded in the category “Healthcare Buildings” for its newly built two buildings, which were opened in May 2014. The hospital complex is distinguished by the innovative combination of social purpose, modern architecture and high-tech equipment.

With its investment in the expansion in recent months, Pulmed Hospital has tripled its area and today the medical complex, which includes an Outpatient Center and its own parking lot is located on nearly 18,000 square meters. The funds invested in the project are worth BGN 30 million are the largest private investment in Bulgarian healthcare at the moment, and Nikola Tikov, a member of the management board of the investor in the Bulpharma project and manager of the contractor of the plant “Zavodski Stroezhi” – PS AD, Pazardzhik, commented that this is why the award can called deserved:

“Thanks to the expansion of Pulmed Hospital and the opening of the two new medical buildings, 5 new wards and an operating room were opened on the territory of the medical complex, built and equipped according to the most modern world standards. In this way, thousands of patients received access to quality medical services from top specialists in almost all medical fields. Regarding the construction of the new buildings, we complied with all modern, European standards and requirements for design and construction of hospitals and so we created a modern and contemporary environment, offering maximum comfort in the treatment of patients. All this makes me especially satisfied with the award, as the investment in the project was huge – over BGN 30 million.”

This year in the competition in the category “Healthcare Buildings” MBAL “Pulmed” was a worthy rivalry in the face of 4 more hospitals. Among them was the winner of the award in the same category for 2012 – Sofiamed University Hospital. Its investor – Bulpharma, contractor – “Zavodski stroezhi PS” AD and designer – architectural bureau “TopArch” with manager arch. Ivan Moev, are also those of the Plovdiv hospital “Pulmed”, as well as the other participant in the competition this year, in the category “Special purpose buildings” – Pazardzhik Bus Station.

This year Bulpharma will also fight for the grand prize in the “Investor of the Year” competition, organized by the Bulgarian Investment Agency (IBA) at the Ministry of Economy and Energy, honoring companies that have made a significant step in their development through sustainable and efficient investments, created new jobs and relied on the introduction of high technologies that are in line with the pursuit of smart and sustainable economic growth of the country.

The competition “Building of the Year” is organized for the 13th year in succession under the patronage of the Ministry of Regional Development and Public Works with the assistance of branch organizations in architecture, investment design and construction.

next
Dr. Mihail Tikov, owner of Bulpharma, with a donation to the Ministry of Health and citizens