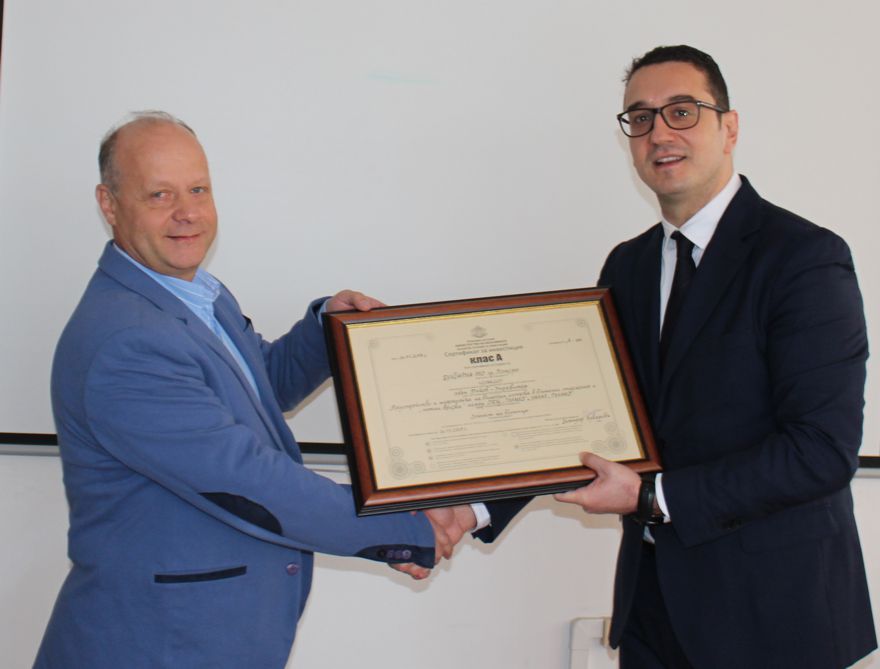 At an official ceremony today, the Executive Director of the Bulgarian Investment Agency Stamen Yanev presented certificates for Class A investment under the Investment Promotion Act / IPA /. Among the companies holding the certificate was BULPHARMA Ltd. – one of the largest investors in the country in the healthcare sector. The award was given to the owner of the company Dr. Mihail Tikov for the project “Reconstruction and upgrade of a hospital pharmacy in hospital wards and “warm connection” between outpatient center “Pulmed” and MBAL “Pulmed”, which will be implemented in Plovdiv. The total amount of the investment amounts to BGN 3,800,000 million.

BULPHARMA is a company with a 20-year history, which started with the main activity of wholesale distribution of medicines for the Bulgarian and international market. Since 2000 BULPHARMA Ltd. invested in the field of healthcare and in the same year made the first in Bulgaria privatization of a public health institution in Pazardzhik. Since then, the company through privatization and its own construction has created 6 hospitals and 7 clinics throughout the country. The largest of the 6 hospitals is MBAL “Sofiamed”, which has 680 beds.

In 2013 and 2014 BULPHARMA wins the prestigious “National investor of the year” award.

previous
BULPHARMA with investor award of the year 2014